The design for this piece 'Dreams of Goa' evolved over three meetings with the client and several telephone conversations.

When I first met the client, an interesting and well travelled man​​, he was looking for an artwork that would commemorate his ancestry, which had its roots in Goa; his ancestors had been Portuguese merchant sailors, he himself had been brought up in a large colonial house in a mango plantation. The client also wanted to commemorate his recently belated and beloved wife and asked if I could include in the piece, her favourite flowers: Canna lillies, dahlias, and bougainvilleas. Following a recent break-in: the security of the house was also of great​​ importance to the client.

The finished design (shown here)​​: The top window (transom) depicts a compass, the top of the coconut trees, the new house name (in 'Old English' font) and two further images: one of two historical merchant ships (Portuguese and English) plus a wind-blowing face. The lower panels show the lower parts of the coconut trees and in the background stands a mango tree against tea tree fields. In the foreground stands: stylised depictions of his wife's favourite flowers.

The finished stained glass panels were fitted into toughened glass sealed units and the recess of the door was made deeper to accommodate the extra​​ thickness of these.

Tryptic design for a client who wanted an artwork which would remind him of his salmon fishing trips to Iceland.

Below: One of the sketches for front door, transom and sidelights, created following discussions with client to ascertain her requirements. ​​​ 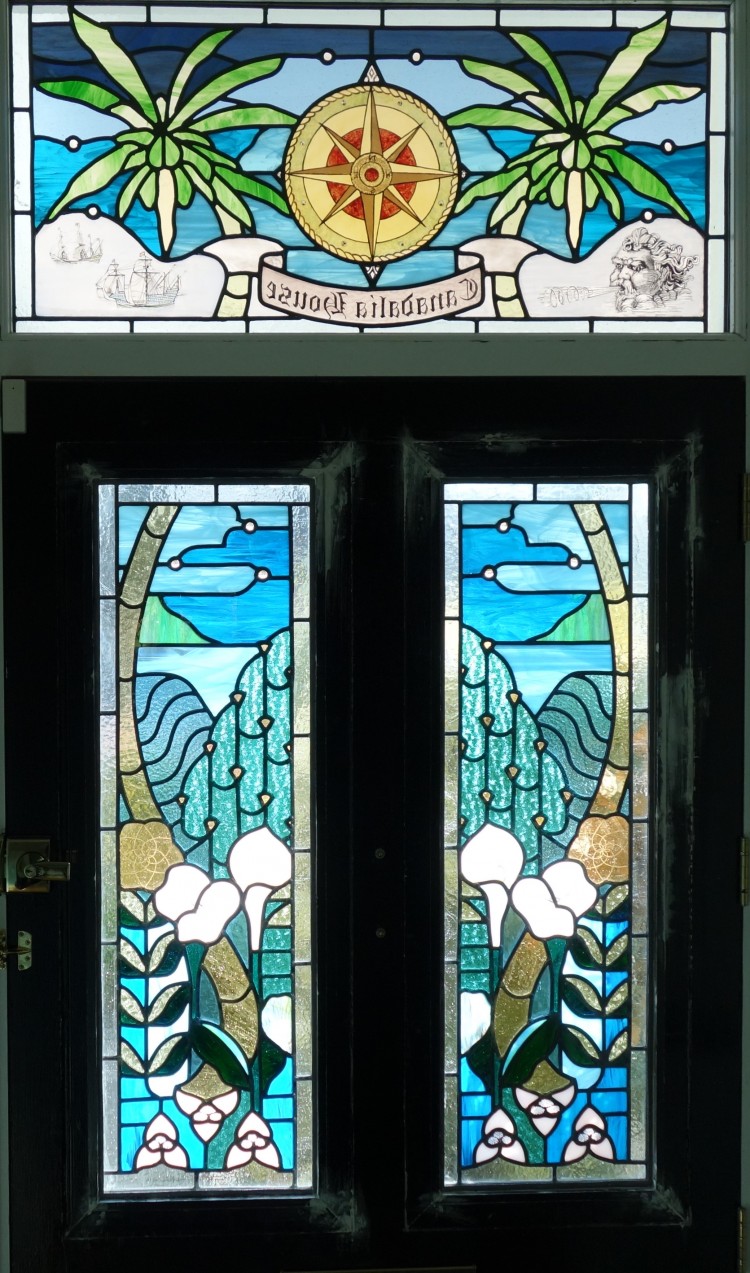 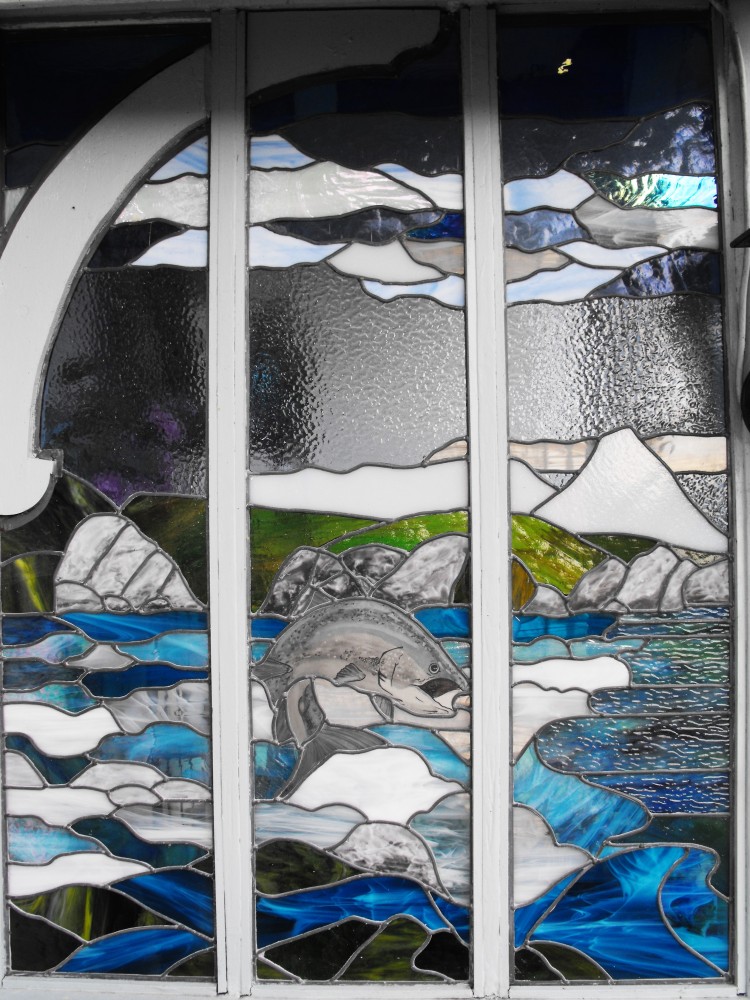 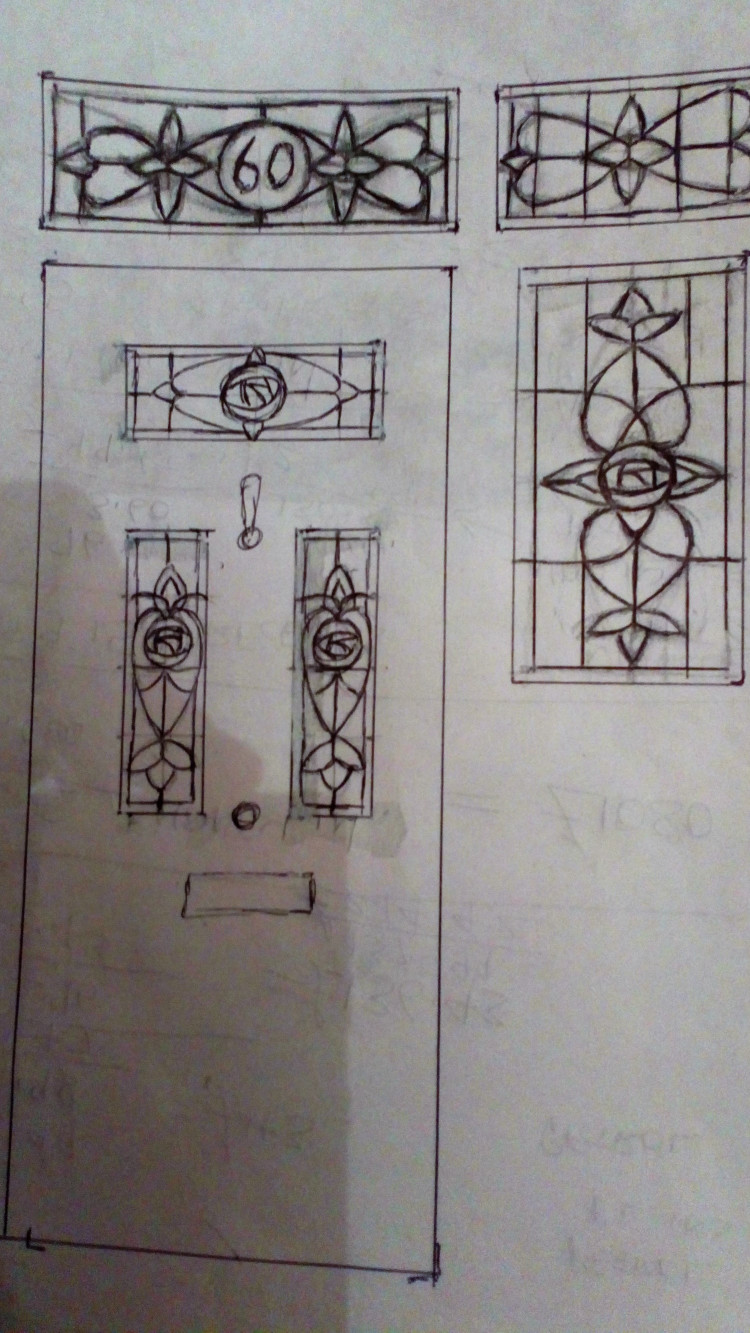 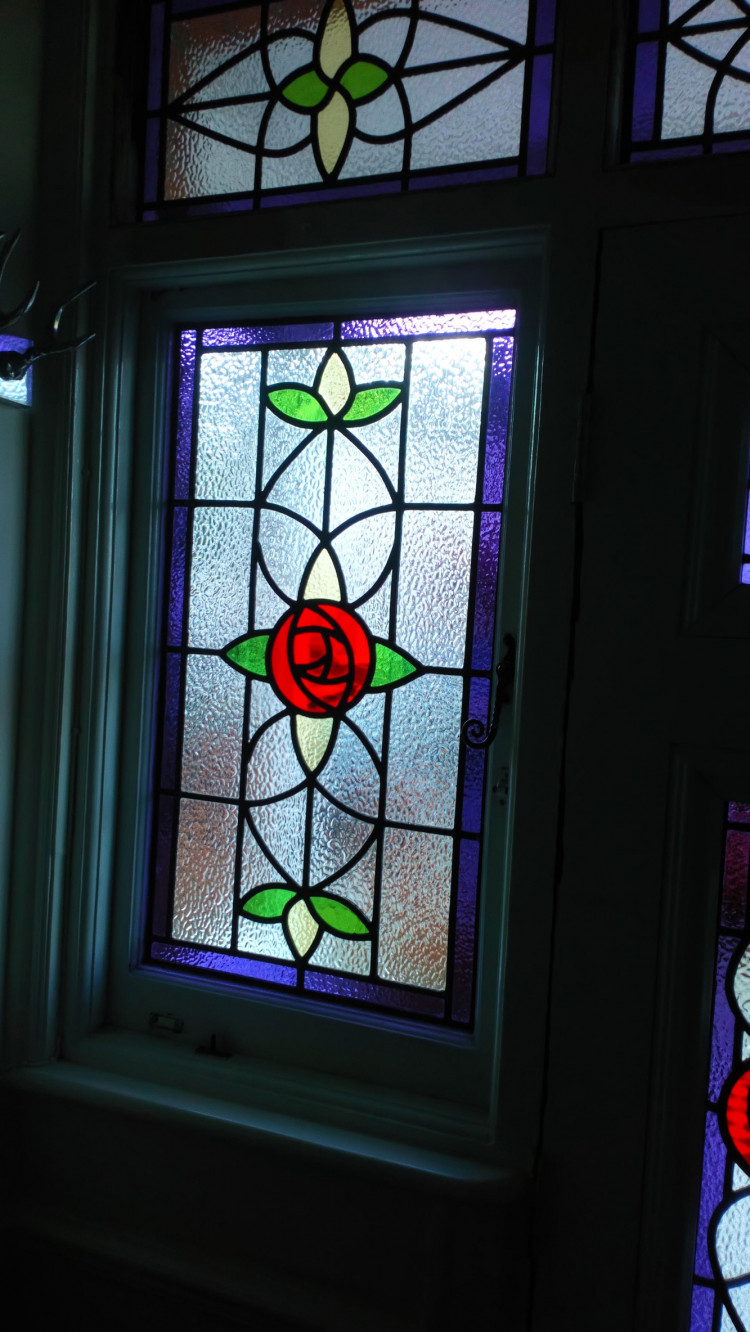 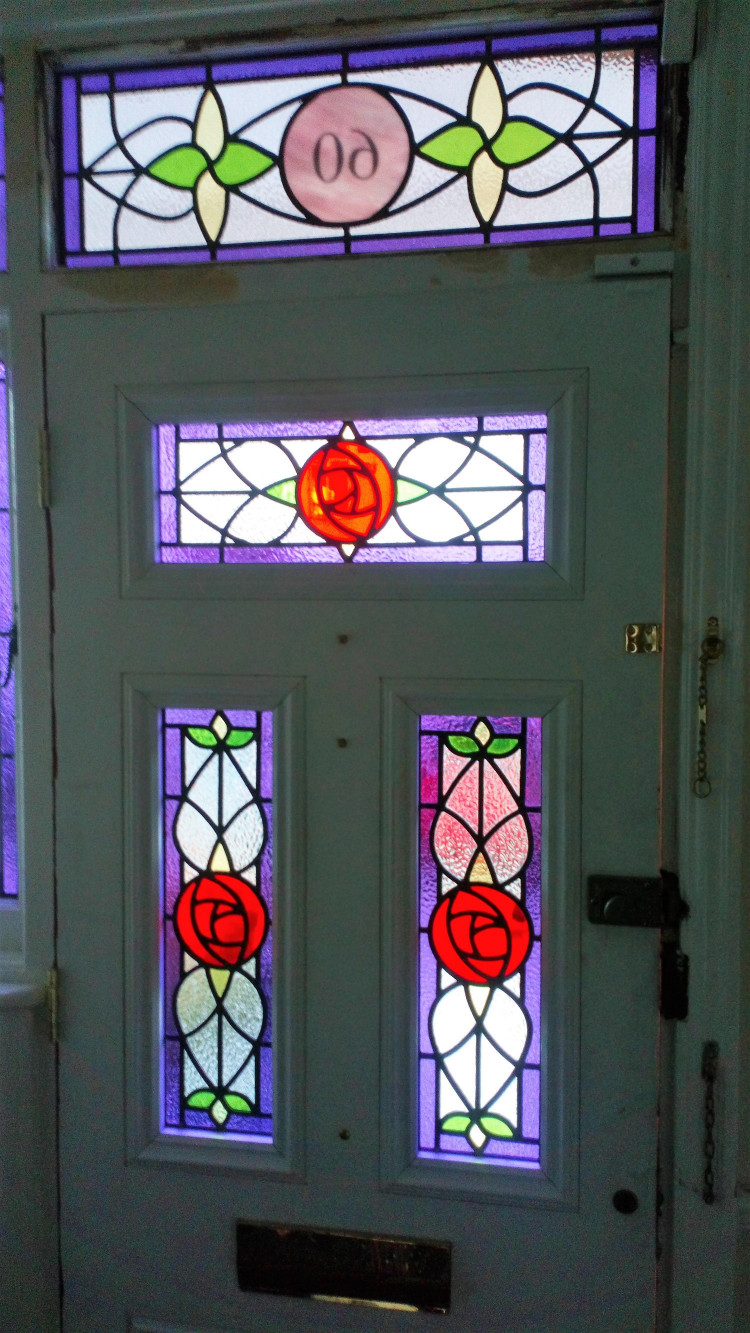